The Lesson From Bolivia for Latin American Politics 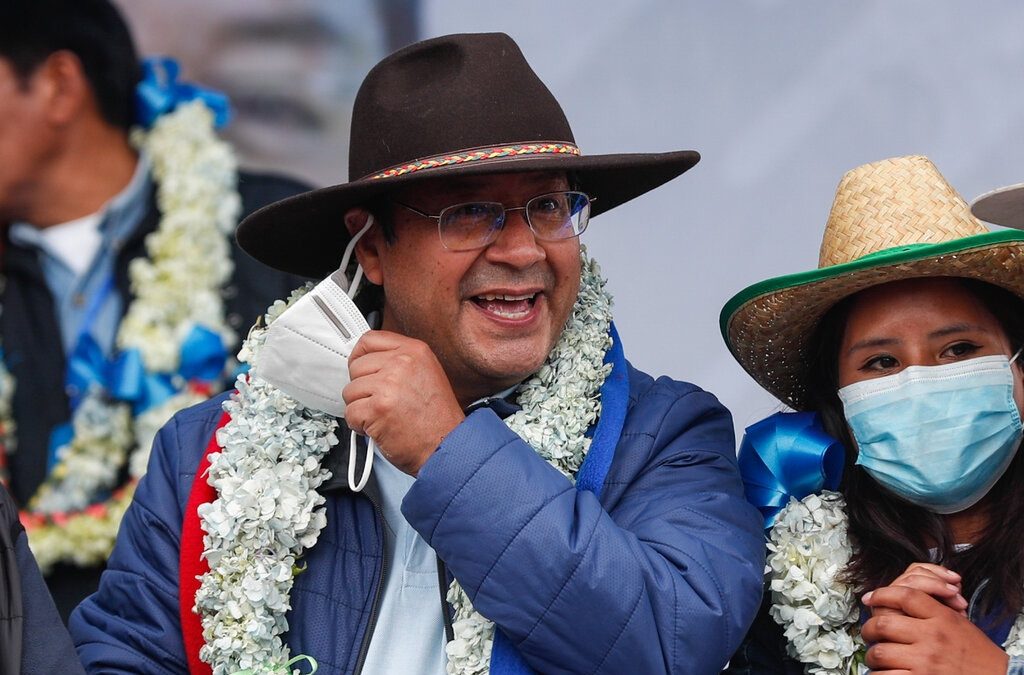 On Oct. 18, Bolivians elected Luis Arce, the presidential candidate of the former President Evo Morales’s Movement Toward Socialism party and his chosen successor. Some saw the victory as a call for Mr. Morales to return to the government. But perhaps the electoral landslide may be better understood as an example of how to move forward in the wake of a tumultuous year for the world. It’s also a lesson on how similar movements weighed down by the baggage of past leaders can keep political relevance — without their looming influence.

As a candidate, Mr. Arce signaled his willingness to turn the page on Mr. Morales, whose controversial tactics and unconstitutional bid for a fourth presidential term ended in his expulsion from the country last year after the military called on him to step down. Mr. Arce committed to a return to the stability and inclusion that defined much of Mr. Morales’s government. With the more moderate Mr. Arce on the ballot, the Movement Toward Socialism party, or MAS, actually outperformed expectations — increasing its share of the vote by eight percentage points over last year’s results.

Ultimately “MAS did not win because of Evo but in spite of Evo,”tweeted Pablo Solón, the former United Nations ambassador during Mr. Morales’s tenure.

Mr. Morales was among a wave of leftist leaders who came into office in the 2000s, when their countries’ economies were buoyed by high commodity prices. Mr. Morales used the windfall to reduce poverty and expand the middle class. But from Bolivia to Ecuador to Argentina, the good times were followed by corruption scandals, attacks on the press, power grabs, debt-induced recessions — and eventually shifts to the right.

These leaders continued to influence national politics after leaving office, and their polarizing quests for comebacks threatened to undermine the very movements they helped start.

“Lingering ex-presidents prevent the nation from moving on,” Javier Corrales, a political scientist at Amherst College, wrote in Americas Quarterly in 2018. “Liberating countries from their influence is a collective good because it helps with leadership renewal.”

Mr. Arce’s victory signals that renewal is possible. He has distanced himself from Mr. Morales, saying the former president’s bid for a fourth term was an “error.” He vowed that Mr. Moraleswould not have a role in his government.

Mr. Morales resigned last year, after his attempt to win a fourth term sparked unrest and ended in a contested election, in what some have called a coup. But if leaders like him can pass the baton to less polarizing figures, they may be able to inject new life into their political movements.

In fact, Mr. Morales’s absence helped energize, rather than weaken, MAS, the Bolivia-based journalist Pablo Stefanoni contends, writing that the crisis surrounding his departure “enabled the rise of a new group of leaders” whose ascension had been limited during Morales’s government.

It’s not easy to convince popular leaders who have had a taste of power, and who often seek a return to office as relief from the legal problems they face, to move on. In Argentina, Cristina Fernández de Kirchner, besieged by numerous corruption charges, was expected to pursue a third presidential term in 2019 but reversed course after polls suggested she’d lose. Instead, she promoted Alberto Fernández, a law professor and former chief of staff seen as less ideological, as her party’s candidate, and instead ran as vice president. He won by a large majority.

In Ecuador, the former President Rafael Correa is following the same playbook. His political movement nominated Andrés Arauz, a 35-year-old economist and former government minister, as its candidate for February’s presidential election. Mr. Arauz’s chances may depend on how much distance he can put between himself and the polarizing Mr. Correa, who in April was sentenced to eight years in prison on corruption charges.

Other leaders may see themselves as the only ones who can defeat their opposition. In Brazil, there is talk that the former President Luiz Inácio “Lula” da Silva may run for president in 2022. But while Mr. da Silva remains a larger-than-life figure in Brazilian politics, he would be 76 by the time he runs, and his support has its limits — enough only to get him to a second round in an election, where polls say he’d lose to President Jair Bolsonaro. Passing the baton to the new leaders emerging under Mr. Bolsonaro’s presidency may be a better bet for his Workers’ Party.

The lesson does not just apply to left-wing parties. In Argentina, the former President Mauricio Macri’s center-right coalition will likely try to stage an electoral comeback in the 2023 presidential election. But, given his deeply unfavorable view among voters, his party may be more likely to find success by championing someone else.

Polls suggest that person may be Mayor Horacio Rodríguez Larreta of Buenos Aires. Though some critics say he lacks charisma, Mr. Rodríguez Larreta’s reputation as an efficient manager has made him one of the most popular political figures in the country. It would be another example of a less polarizing figure offering a fresh start for Mr. Macri’s political project.

While Mr. Arce’s victory in Bolivia is cause for optimism, over time his effort to turn the page on Mr. Morales may become a cautionary tale. As Mr. Corrales wrote, successors who take over from outgoing leaders walk a tightrope.

“When a president betrays a campaign promise — in this case, the promise to carry the torch from a predecessor — they disappoint two groups: those who wanted continuismo, and those who wanted real change, with the latter never becoming convinced that you are a true convert,” Mr. Corrales wrote.

To repair the worst elements of Mr. Morales’s 14-year presidency, Mr. Arce will need to strengthen institutions that for years were manipulated to benefit the former president. Similar successors to popular but polarizing figures, like Lenín Moreno of Ecuador and Juan Manuel Santos in Colombia, chose to pursue limits on re-election, for example, as one method of institutional reform.

If Mr. Arce can make positive institutional changes, while navigating Bolivia’s complicated politics and troubling economic panorama, he may be able to govern with the best of MAS’s values, tackling poverty and celebrating Bolivia’s rich ethnic and cultural diversity without Mr. Morales’s divisiveness and strongman tendencies. Ultimately, that could help him create his own legacy and set an example for political movements across the region.